In a far country lived a band of minstrels who had traveled far from town to town presenting music to make a living. They had not been doing well. Times were hard; there was little money for the common folk to come to hear the minstrels, even though their fee was small. Attendance had been falling off, so early one evening the group met to discuss their plight. “I see no reason for opening tonight,” one said. “To make things even worse than they may have been, it is starting to snow. Who will venture out on a night like this?” “I agree,” another disheartened singer said. “Last night we performed for just a handful. Fewer will come tonight. Why not give back their meager fees and cancel the concert? No one can expect us to go on when just a few are in the audience.” “How can anyone do his best for so few?” a third inquired. Then he turned to another sitting beside him. “What do you think?” The man appealed to was older than the others. He looked straight at his troupe. “I know you are discouraged. I am too. But we have a responsibility to those who might come. We will go on. And we will do the best job of which we are capable. It is not the fault of those who come that others do not. They should not be punished with less than the best we can give.” Heartened by his words, the minstrels went ahead with their show. They never performed better.

When the show was over and the small audience gone, the old man called his troupe to him. In his hand was a note, handed to him by one of the audience just before the doors closed behind him. “Listen to this, my friends!” Something electrifying in his tone of voice made them turn to him in anticipation. Slowly the old man read: “Thank you for a beautiful performance.” It was signed very simply—“Your King.”


When I was overseas, I was working with a man who was under great stress and pressure. He was a maverick sort of missionary. He didn’t fit the pattern or mold of what you think of as a missionary. His ministry was in great part to the soldiers, who happened to be on the island of Okinawa by the thousands—in fact, it might be safe to say tens of thousands.

I went to his home one evening to visit with him, and his wife said he wasn’t there but was probably down at the office. The office was downtown in a little alley off of the streets of Naha. It was a rainy night. And I decided that I would get on the bus and travel down to be with Bob. She’d mentioned his stress and pressure, so I expected to find the man folded up in despondency, discouragement, and depression, and just ready to finish it off.

I got off that little bus and I walked down the alley about a block and a half and I turned right, down a smaller alley, to a little hut with a tatami mat inside. As I got away from the street noise, I heard singing, “Come, Thou fount of every blessing, / Tune my heart to sing Thy grace.” And then that next stanza, “Prone to wander—Lord, I feel it, / Prone to leave the God I love.”

Quietly I eavesdropped on his private praise service. As I stood in the rain and looked through the walls of that little cheap hut, I saw a man on his knees with his hands toward heaven giving God praise, with his little spiral notebook, worn from use. And I saw him turn from page to page, where he would read it to God, then he would find a hymn and he would sing it to God.

And the remarkable thing is that that pressure that he was under did not leave for perhaps another two weeks, it seems. But that praise service alone before God absolutely revolutionized his life.


Sylvia Porter is a noted financial analyst. Mrs. Porter took her calculations to the computer and punched in an average hourly fee for a nursemaid, housekeeper, cook, dishwasher, laundress, food buyer, chauffeur, gardener, maintenance person, seamstress, dietitian, and practical nurse. She found that the labor performed by a mother each year at home would cost a family [at that time] $23,580 in Greensboro, South Carolina, $26,962 in Los Angeles, and $28,735 in Chicago. Even at that, the list is not exhaustive. In addition to the roles cited above, most moms also function as coach, teacher, interior decorator, religious educator, mediator, counselor, and child psychologist. Punch up salaries for all of those professions, and mom’s worth at least six figures! 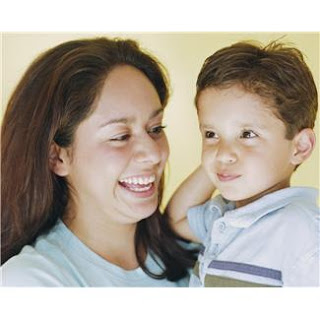 A daily time of worship with God is very important. So much so that when we miss it others can tell. Such was the case when four-year-old Andrew made an honest mistake and spilled something in his house. His mother responded in a screaming tirade. The little psychologist made an astute observation: “Mommy, you forgot to ask Jesus to help you be nice today, didn’t you?”

McHenry’s Quips, Quotes and Other Notes, HeavenWord Stories for Teachers and Preachers, CD-ROM, Raleigh NC, 1999.
Posted by Southgate Sentinel at 9:25 AM No comments: