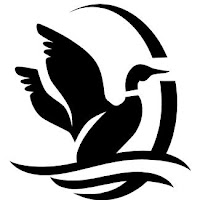 Ronald Meredith, in his book Hurryin’ Big for Little Reasons, describes one quiet night in early spring:Suddenly out of the night came the sound of wild geese flying. I ran to the house and breathlessly announced the excitement I felt. What is to compare with wild geese across the moon?It might have ended there except for the sight of our tame mallards on the pond. They heard the wild call they had once known. The honking out of the night sent little arrows of prompting deep into their wild yesterdays. Their wings fluttered a feeble response. The urge to fly–to take their place in the sky for which God made them–was sounding in their feathered breasts, but they never raised from the water.
The matter had been settled long ago. The corn of the barnyard was too tempting! Now their desire to fly only made them uncomfortable. Temptation is always enjoyed at the price of losing capacity for flight. 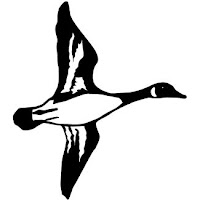 In October of 1993, in the town of Worchester, Massachusetts, police found an old woman dead on her kitchen floor. This was no ordinary discovery-she had been dead four years. Police speculated she died at age seventy-three of natural causes. That is when her bank transactions ended.

How can someone be so cut off from relationships that no one even notices when he or she dies?

To some extent it was a mistake. According to the Associated Press, four years earlier, neighbors had called authorities when they sensed something might be wrong. When the police contacted the woman’s brother, he said she had gone into a nursing home. Police told the postal service to stop delivering mail. One neighbor paid her grandson to cut the grass because the place was looking run-down. Another neighbor had the utility company come and shut off the water when a pipe froze, broke, and sent water spilling out the door.

To a great extent, though, it was not a mistake.

One friend from the past said, “She didn’t want anyone bothering her at all. I guess she got her wish, but it is awfully sad.”

Her brother said the family hadn’t been close since their mother died in 1979. He added, “Someone should have noticed something before now.”

The woman had lived in her house in this middle-class neighborhood for forty years, but none of her neighbors knew her well. “My heart bleeds for her,” said the woman who lives across the street. “But you can’t blame a soul. If she saw you out there, she never said hello to you.”

As this neighborhood shows, a spirit of community only results when all of us reach out to one another. Relationships take effort. 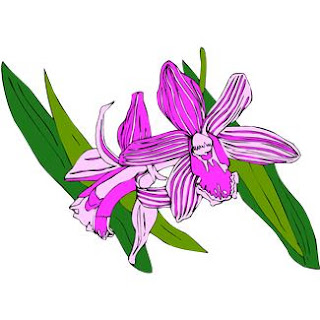 “As it is written, eye hath not seen, nor ear heard, neither have entered into the heart of man, the things which God hath prepared for them that love him. But God hath revealed them unto us by his Spirit . . .” ( 1 Cor. 2:9, 10).His parents had sent the young boy to Florida to spend the winter, but he was disgusted with the area of Florida he had been in. Then a few months later he met a botanist who kindled the boy’s interest in his favorite study. The boy became fascinated with the orchid and it’s strange life.Looking at the orchids in the greenhouse one day, the botanist said enthusiastically: “You should see them in Florida, they are much better there; but these will give you some idea.”The boy looked at him in amazement.“I have been in Florida,” he said, “but I never noticed any of them.”“Perhaps you did not look for them, “ answered his friend, “but they will not escape you the next time.”That is the way if often is with the Bible. A person sees no beauty in it, but the Holy Spirit is ready to open the eyes of our understanding, and to teach us. It may be by some sermon or book which will lift a truth out of its hiding place and give it application to our life which it never seemed to have before.


Posted by Southgate Sentinel at 12:53 PM No comments: 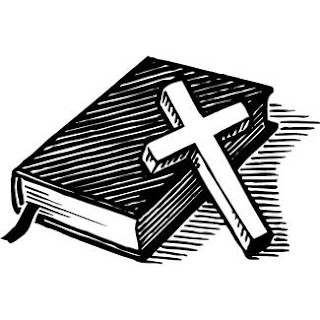 When Barna Research Group completed a study for the Tyndale House Publishers, they discovered the following. More than 90 percent of American households contain a Bible and better than three out of four have two or more copies. 80 percent of Americans said the Bible is the most influential book in world history. Unfortunately, much of this respect for God’s Word is superficial. Barely one-third of adults read the Bible in a typical week and just one in five will read every page of Scripture in the course of their lifetime. Additionally, the most popular strategy for choosing a passage to read is simply flipping through the pages until spotting something that sounds intriguing, relevant, or interesting. This method of random selection is used by nearly half of all adults who read the Bible. These findings may explain why 56 percent of Americans think the Bible teaches that taking care of one’s family is the most important task of life (See Deut 6:5 and Matt 22:37), 72 percent believe that people are blessed by God so they can enjoy life as much as possible (see Gen 12:1-3), 42 percent claim the Bible says Jesus sinned while on earth (See Heb 4:15), and four out of ten people think “all individuals will experience the same outcome after death, regardless of their religious beliefs.” In America, the Bible seems to be widely respected, but not seriously studied.

From McHenry’s Stories for the Soul – Raymond McHenry, Hendrickson Publishers, 2001, Peabody, MA, Page 25.
Posted by Southgate Sentinel at 9:28 AM No comments: 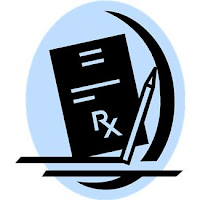 Officials at Indiana University School of Medicine added a new course to their medical curriculum in the fall of 1998 called Penmanship. The Indianapolis medical school added a writing class to help future doctors improve their treatment of patients. Antoinette Hood, the assistant dean, said poor penmanship can lead to mix-ups in medication, or improper treatment if the orders are misread. Hood noted that you can’t successfully practice medicine if your prescriptions aren’t legible. How comforting to know that the Great Physician doesn’t need a refresher course in writing. He has clearly written the prescription for eternal life so that even a child can understand it.

From McHenry’s Stories for the Soul – Raymond McHenry, Hendrickson Publishers, 2001, Peabody, MA, Page 25.
Posted by Southgate Sentinel at 11:35 AM 1 comment: